Queenie was born and raised in Ghent, Belgium. After a long search along many different dance styles, she started taking bellydance classes at young age. Thanks to her first teacher Samyra, she instantly got bitten by the infamous bellydance bug! After years of permanent education, Queenie chose to turn her passion into her job.

Today, she is a professional teacher and performer of Middle Eastern dance, in Belgium and beyond. Her biggest qualities are her enthusiasm, class and elegance. She has developed her own style with a modern approach, whilst not forgetting the roots of the art form.

Queenie still continues to take classes and workshops to keep on striving to bring her dancing to perfection, and to learn new styles and techniques. To perfect her teaching methods, she successfully completed the two year dance teacher training at Danspunt. In 2016 she completed a three year coaching certification training.

Today, Queenie is a much sought after performer and teacher at national and international events.

In 2010, Queenie ended as the first Belgian dancer in both the main and the folkloric category in the 4th “Bellydancer of the World” contest in Germany.

In 2011, she reached first place in the competition at the English Jewel of Yorkshire festival, where she won the Rising Star Award. She also won third place at the Shimmy in the City-competition in London.

In November 2011, she was awarded Bellydancer of the World at Leyla Jouvana’s Festival in Duisburg (Germany). Watch her winning performance! 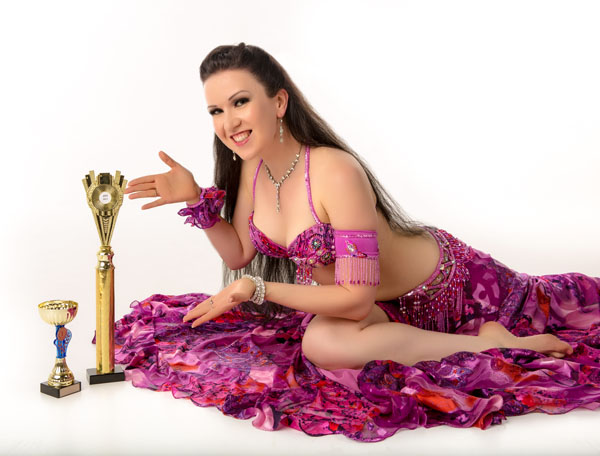